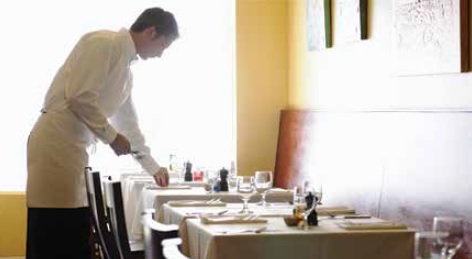 No one could be sadder than I am about the recent closures of three fine-dining restaurants in Minneapolis. Not only was I a frequent and extremely satisfied guest over the years, but I also had close personal and working relationships with the owners behind the restaurants.

This month’s column offers my business observations on the closure of these three restaurants; what the consumers seem to be saying with their so-called white-tablecloth veto vote; and what appears to be working today in the Twin Cities (and any metro area).

Revenue Issues
From a business standpoint, generating revenue is the pressure cooker in which a higher-end restaurant finds itself. It needs people to come to the restaurant on a regular basis (rather than just for a special occasion). While patrons of special-occasion restaurants tend to spend freely, there are only so many special occasions in diners’ lives.

The first issue for high-end restaurants is volume. Masa and Vincent had high-profile sites, and my guess is their landlords came to expect high volumes, which can only be achieved with a flock of regular weekly and monthly diners.

Two things that hurt revenue for these restaurants:

Cost Factor
All three restaurants had first-class (and world class) chefs, servers and cooks. As we know, the labor market is tight. La Belle Vie turned out to be a training ground for some of the best chefs in town. That alone creates higher than expected labor costs. Servers trained at La Belle Vie have gone on to the newer restaurants in town.

Turnover is common in the serving staff of high-end restaurants. Even though there were many loyal servers at these restaurants, at some point the servers need volume, as that is how they make their money. If a hot, new restaurant is attracting people and generating higher volumes, servers can be lured away.

Competition
The recent restaurant openings in the Twin Cities are chef-driven concepts or unique restaurants akin to neighborhood bistros. Many are second concepts from an already successful team. These hot, trendy restaurants are attracting people from the suburbs, as well as from their neighborhoods. With a large number of consumer publications all touting the latest, greatest openings, it’s difficult for established restaurants to compete for ink.

Normally there is a one- to two-year honeymoon where if the buzz is out there, and everyone wants to dine at the new restaurant. Bar La Grassa started out as a neighborhood restaurant but is still having a strong run. Spoon and Stable, Meritage, Revival, 4 Bells, Third Bird and other restaurants have maintained their original buzz. What is unique about these new restaurants? They are not necessarily special-occasion restaurants or weekend destinations. Diners want to go there during the week.

What do all of these restaurants have in common? They have a neighborhood feel to them. The food is upscale; the décor is casual but stylish. The service is professional yet friendly. They radiate approachable elegance. And while they’re not as expensive as a La Belle Vie, the bill can rival white-tablecloth restaurants, if one is tempted into trying several different dishes.

The latest restaurant that epitomizes this new approach is Eastside. Eastside has neighborhood flair and is blessed with a large apartment complex above the restaurant, which creates a natural watering hole for the residents around Third and Washington.

Another feature that aids their success is they have a number of different eating areas (including private dining/event areas), making them multi-use facilities. If they need to close areas off, they have separate rooms to accommodate larger parties.

Having a number of different revenue sources is important, such as getting people in for brunch (hot right now) and offering Sunday night comfort food, like hamburgers. Some offer catering. Takeout is another source a true high-end restaurant can’t offer.

New restaurants are looking at the broader-based revenue streams. The three restaurants that closed all had events but were not designed for the way today’s diner likes to dine.

My hope is that tastes in the Twin Cities will be broad enough to have another La Belle Vie, Vincent and Masa. The consumer is not quite there yet. But my expectation is that the owners behind all three concepts will use their immense talents to open a 3.0 version of their mainstays.

By Dennis Monroe
From the December 2015 issue of Foodservice News