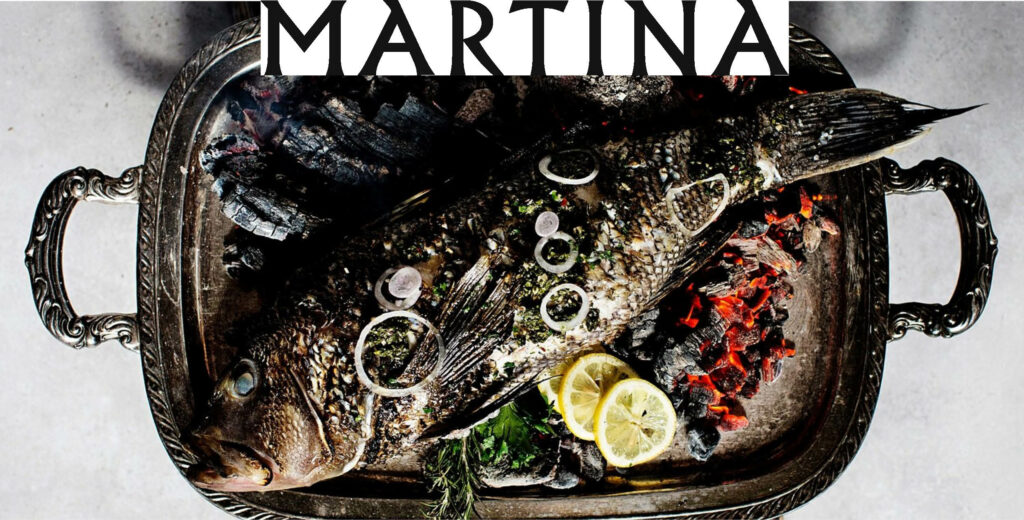 There are a few chefs in town with the ability to take over an existing restaurant space that didn’t hit its numbers and turn it around. Obviously, the master in this town is Kim Bartmann. But now we have another champion to watch: Daniel del Prado. The acclaimed chef took over the former Uptown 43 space—the Linden Hills Scandinavian-themed restaurant announced it is moving to the North Loop—and turned it into a remarkable new restaurant: Martina. Del Prado has hit the mark for both a destination restaurant and a neighborhood restaurant, which I think is always key to a good economic model.

Martina added Argentinian flavor to a wonderfully mixed menu. It also has pricing that will attract people from the neighborhood, as well as serious diners. Marco Zappia, who is quickly becoming an iconic drink master, brings great personality to the restaurant, which also attracts Minneapolis loyalists seeking out his special concoctions. A fish concept that will appeal to Minnesotans, Martina already is difficult to get reservations at. Del Prado’s mentor was Isaac Becker, first at Bar La Grassa and then at Burch Steak and Pizza Bar.

Revenue
Del Prado’s thought process is to have a protein-centric menu, almost like a steak concept, and drive volume. He believes he can do $4 million out of this site, which I think might be a little ambitious. The restaurant seats 98, with 15 spots at the bar, in several different dining areas. The main area is stylish and upscale, which means higher prices can be charged without conflict. Del Prado estimates the check average will settle into the $52 range. They have a number of small plates and pasta dishes, which range from $14 to $29. Food-to-liquor ratio is 64:36, with the 36 percent being split as 40 percent wine, 40 percent mixed drinks, and 20 percent beer. They are considering adding an Argentinian pizza component, which will provide another profit center. This is perfect to drive revenue. I believe he probably needs a few more safe harbors on the menu to drive neighborhood traffic, like the proverbial burger. He does have a good revenue model and should continue to drive the menu due to the size of the space. It’s possible he can achieve his $4 million goal if he stays on track and doesn’t let other projects steal his attention.
Rating: 4 out of 4.

Food Cost
Food has an Argentinian twist, such as cinnamon fried calamari; grilled giant tiger prawns, so delicious you don’t mind getting your hands messy; and the surf-and-turf spin of grilled octopus and bone marrow. The most expensive item on the menu is the 80-day aged 16-ounce bone-in NY steak for $60. Still, prices are reasonable, and portion sizes aren’t (North) Americanized.

Food cost is going to be high because of the protein-centric menu. But revenue from liquor, brings the whole food/liquor cost down. The percentage certainly will be in the high 30s, which may be OK in the short run, but will need to be adjusted in order to make some serious money. Again, del Prado’s theory is to drive revenue with value and protein portions, which is not a novel concept, but is novel in the kind of neighborhood restaurant he opened. In the long run, he will have to deal with his food costs and bring the percentage down.
Rating: 2.5 out of 4.

Labor Costs
The service at the restaurant is exceptional. Food comes out in a timely manner, and the personal touches of the front-of-the-house and general manager are impressive. Obviously, like many restaurants in the early stages, they are overstaffed, particularly at the front of the house. It’s too early to tell what the labor cost will be, especially with service being so high quality. Eventually, they will get their rhythm and bring this area down to 30 percent or lower. Particularly with the high-protein concept, they need to keep the labor down. This is what makes steak concepts work so well.
Rating: 2.5 out of 4.

Return on Investment and Capital Improvements
They really did a nice job of taking the old space and turning it into their space. They used a lot of the old décor but modernized it. Gone are the bright white and turquoise-seated booths that lined the walls. Now the dark booths are like a wave breaking along the wall, with more tables in the middle and sidling up to the bar and kitchen. The bar starts in the dining room and then continues into a private space. Del Prado said he and his partners put about $550,000 into the restaurant, which was $50,000 more than their anticipated budget. In restaurant terms, this is well-played. The money was raised through investors, and a bonus is that one of the partners/investors is the owner of the building. Del Prado did mention, however, that the rent is market rent. With the kind of volume discussed above and even with reasonable profitability in the 10 percent level of revenue-restaurant operating profit, it gives del Prado and his partners an impressive return on investment.
Rating: 4 out of 4.

Overall Rating: 3 out of 4.
This restaurant fills two needs: a destination restaurant that’s stylish with a cool ethnic bent, plus a restaurant the neighborhood will embrace. It is easy to get to from the west suburbs. I’m not sure they will hit the $4 million, but the food and ambiance definitely has that flare that makes me hope they’ll always find an open reservation for me.

From the February 2018 issue of Foodservice News