I had difficulty finding Mucci’s the first time. There is no signage on the building, only something small in the window stating its name and the hours. I had already read a number of reviews and knew there would be a line to get in. For my visits, I sent my college student son to wait in line instead of me so I could stroll in at my leisure. (In my defense, I picked up the tab for his meals and filled up a bag with frozen food for him to take home.)

The décor has understated neighborhood elegance (certainly more than the outside of the building). Mucci’s takes advantage of every square inch of space. There are just 44 seats (which includes bar seating).

Even though I am not a food critic, the food certainly reflects what Minnesotans and discerning St. Paul residents appreciate on their plate.

I believe Mucci’s is a modern-day business plan for a restaurant. There are four profit centers: traditional sit-down service; a robust take-out business (particularly pizza); a frozen food line (pizzas, sauces, meatballs, lasagna); and a weekend doughnut shop. Italian doughnuts are served Saturdays and Sundays from 8 a.m. until they run out or noon. From what I understand, they run out around 10:30 a.m.

When you have this type of small space, you need to make the most of it. Tim Niver has done just that not only with Mucci’s, but the Strip Club Meat and Fish and Saint Dinette. As The Pioneer Press’ Jess Fleming wrote in her review, “Tim Niver is the king of the tiny restaurant.”

Mucci’s is not located in a highretail neighborhood (such as Grand Avenue in St. Paul), but is across from a convenience store/liquor store. Still, the restaurant has a charming neighborhood ambiance that attracts diners from across the river, as well as the local community.

Fortunately, I was able to connect with Niver, and his insights were telling. When asked about the location and the concept, he said he wanted to create an “East Coast mom-and-pop shop,” and has been pleasantly surprised by the metro-wide appeal. With his input, here’s how I would rate the business proposition:

Décor and Investment
The space, including the back of the restaurant, is between 1,500 and 2,000 square feet by my guesstimation. The investment (there’s just one bathroom) was not expensive. Since Mucci’s is the old Mildred Pierce Café space, I assume the rent is fairly low. Niver said the total investment was $110,000.
Rating: I would rate the décor and investment 4 out of 4 stars.

Revenue
The menu pricing is right in the sweet spot for most Minnesotans. I would recommend adding a smaller portion of the pastas that could be paired with the entrées to raise the check average. I predicted the check average at around $25, but Niver said it is closer to $30. The prices on small plates are in the $5 to $10 range. A fritti section ranges from $6 to $10; pizzas (with deep-fried crusts) run from $11 to $15 (extra toppings are $1 to $3). Fullsize pastas range from $15 to $18. Two of the three entrées are $20, with the third $12. There are four desserts.

Nearly everything on the main menu has a take-out side to it, which increases the check total. The pricing reminds me of Broder’s Pasta Bar in south Minneapolis. Some of Mucci’s dishes have a more rustic nature to them, particularly the small plates. The gnocchi with pickled garlic sauce and fried salami and the meat and pickles are interesting dishes priced a little on the high side.

The wine list has moderate pricing. They offer two different pours and bottles. With my son as my designated drinker, “we” tried the Mucci’s Juice, orange soda and red wine (their answer to sangria and my answer to delegated research). There is good margin in the types of wine and beer they are serving.

My guess was four to five table turns on the weekends and two to three during the week. The times I dined there at 5 p.m., the restaurant was on its second turn by 6:30 p.m. (and this was during the week). Niver, however, corrected me. He said there are two to three turns during the week and four on special occasions. Mucci’s could increase profitability if it was more conducive to large groups by taking reservations. But with just 42 tables, it’s probably better not to tie up tables—especially now when diners are willing to wait for tables to be free.

Rating: 3 out of 4. The only reason it is 3 is that it is difficult to generate that much revenue from such a small space (which is why the multiple revenue centers are so needed).

Food Costs
Niver said the food costs were in line with that of a neighborhood Italian restaurant. But because of the type of product mix— takeout frozen, doughnuts and a large amount of pasta (and not heavy protein)—I would agree their food cost is very good. This is a great model for profitability.
Rating: 4 out of 4 stars.

Service and Labor Costs
The service has been fantastic the times we have dined at Mucci’s. Multiple people touched our tables. The staff keeps an eye on tables to get them turned, but you don’t feel rushed. While they make sure to let you know about every potential buying opportunity, I think they could do a better job of selling takeout, frozen foods and the weekend doughnuts to present diners. It doesn’t seem to be advertised as much as it could be.

There are typically three-plus people in the back of the house cooking. The front has three to four servers plus runners. Everyone seems to be cross-trained and they are personable and professional. I have to believe their labor cost is below the magic number of 30 percent (probably in the 26 to 28 percent range).
Rating: 4 out of 4 stars for service and labor.

Chance of Success
Mucci’s chance of success is very high. It’s definitely indicative of the trend for restaurant profitability—a small, neighborhood spot that has broad-based appeal, low investment costs and high margins. I see it becoming an institution like Strip Club Meat and Fish. The way Niver is proceeding with profit centers, Mucci’s will be around for a long time. It is both a neighborhood restaurant and a draw. I don’t know if the lines will always be there, but the financial success certainly will.
Rating: I give Mucci’s 4 out of 4 stars. 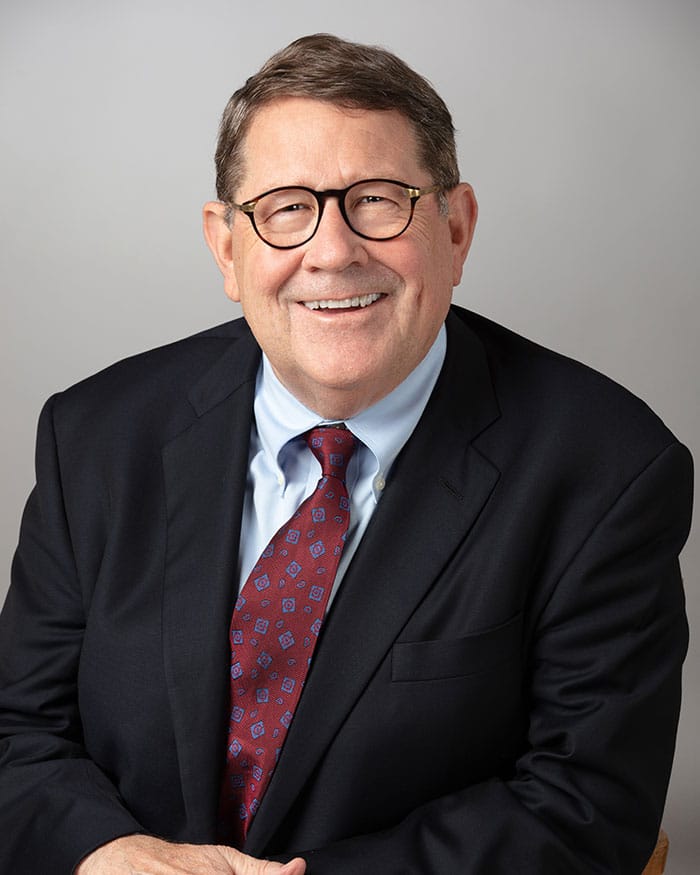 Co-founder and chairman of Monroe Moxness Berg PA, Dennis is a pioneer in corporate financing with a broad network of finance contacts and clients. He assists businesses, from emerging companies to multi-national firms, by providing creative ideas, identifying unique financing sources, and developing the financial tools necessary for their growth and development.