But there’s a catch: “Sunday sales must be approved by the licensing jurisdiction.” This means that Minnesota’s new Sunday growler legislation needs to be adopted on a city-by-city basis. Luckily for brewers and consumers alike, around twenty Minnesota cities and towns – including Minneapolis, St. Paul, Duluth, and Stillwater – have already passed ordinances adopting Sunday growler sales. 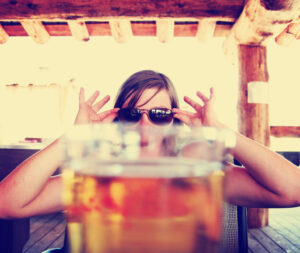 If your brewery is currently operating in a municipality that has not adopted subdivision 7(b), you may consider approaching your city council – or a city councilperson, individually – to propose adoption of such an ordinance. This process will be greatly facilitated if your suggestion is accompanied by a clean, well-drafted sample ordinance. Below are two examples taken from Minnesota cities that have already adopted Sunday growler ordinances. These cities have incorporated the Sunday-sale provision (in italics) directly into their preexisting brewery ordinances.

EXAMPLE A:
“Off-sale” malt liquor. (a) A brewer licensed under Minnesota Statute 340A.301 may be licensed for the “off-sale” of malt liquor produced and packaged on the licensed premises subject to the following conditions:

(b) “Off-sale” malt liquor premises shall not be subject to the requirement that they be in excess of two thousand (2,000) feet from another “off-sale” liquor premise.

(c) The annual license fee shall be as listed in the License Fee Schedule.

EXAMPLE B:
[…]
(c) Except as provided herein, off-sale licenses authorize the licensee to sell intoxicating liquor at retail in original packages only for consumption off the licensed premises. The following additional requirements apply to specific types of off sale licenses:

Note that while these two examples look rather different, both have correctly accounted for three important characteristics:

While this new legislation does provide obvious benefits to eligible breweries – increased sales, exposure to new patrons, and a monopoly on Sunday sales in the state – many view this breakthrough as a smaller step towards a broader repeal of the Sunday sales ban. Whichever way you look at it, this is a nice hop forward for Minnesota’s craft breweries and their rapidly growing customer base.